Paul Héroult is thus back on his own; his father dies unexpectedly during 1883, leaving him the tannery buildings, which he decides to use for his experiments. He induces a few fellow students from l'Ecole des Mines to join him, such as Louis Merle and Lucien Van Kerguistel, and they begin to work on electrolysis. His mother gives him her last FF 50,000 to acquire the Bréguet dynamo (400 amperes, 30 volts) which he needs for the purpose. But the attempts are indecisive. Aluminum does appear, but remains elusive - until the moment when a flash of insight suggests lowering the temperature of the bath and adding a trace of metallic oxide. The oxide is reduced, falls to the bottom of the crucible and triggers the joining of the new metal into a mass. 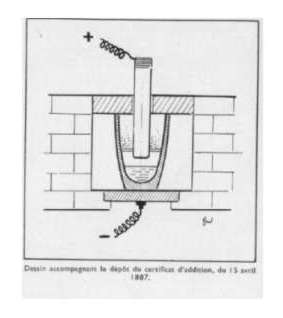 Without missing a beat, Héroult applies for a patent. This is the 23rd of April 1886; Paul is 23 years old. 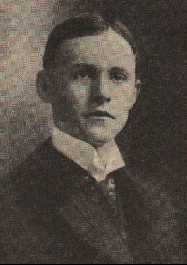 Just like Charles M. Hall who, as you know, had a strangely parallel and similar destiny (same age, same invention within a few months, same year of death), he has just achieved his dream, with makeshift materials of course, but propelled by his formidable perseverance.