was born almost 123 years ago, the evening of April 10, 1863, into a world of country folk and cottage industries, hardly a portent of his future career.
His father, Patrice, managed a small tannery on the banks of the Orne River, at Saint-Bénin, not far from a lush farming area dubbed "Swiss Normandy", a peaceful spot where the Héroult family had lived for generations. Paul might have been expected to continue the business his grandfather had started, but rather than an honorable tanner, he became an inventor.
A mischevious child, boisterous and undisciplined, he spends most of his time teasing the fishermen catching eels in the neihboring inlets. The river is his world. But already there are signs of his budding ingenuity. For instance, to shorten the distance he travels to school, young Paul decides to build a canal. He gathers together his best playmates, hands around the family shovels, and directs his first jobsite. Since he is still not 7, "the age of reason", he is forgiven his eccentricity. But soon his parents are concerned; their son can settle down. 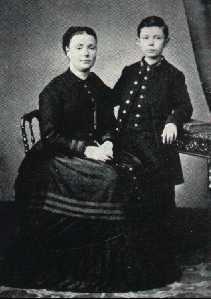 He is sent for a brief period to England, to stay with an ederly aunt, and then his mother turns to a religious boarding school in Caen in hopes of bringing him into line. The rules are strict, the program austere, a Spartan life that turns him forever against

Fortunately, his father decides to leave Saint-Bénin to start up  a new larger tannery near Paris, at Gentilly. Paul is sent as boarder to the Sainte-Barbe Academy, a rather liberal school, more appealing to his independant spirit. the major influence, however, was the fortuitous meeting with an old friend of his father's, Mr. Belliot, a lawyer by profession, highly cultured, with a 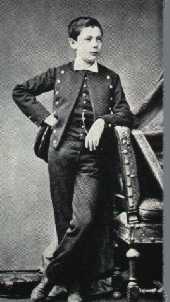 magnificent personal library. After school, Paul spends hours there, discovering the joys of reading. Jules Vernes'heroes become his own, especially Cyrus Smith, the engineer, who, you will remember, managed to create the entire industry of the mysterious island from a small steel blade taken from his dog's collar. Science, and particulary, research and discovery, begin to  fascinate the young student. His interest reaches its highest point the day he comes upon the famous work of Sainte-Claire Deville, with the unglamorous title, "Aluminum, its properties, its production and applications". The book is like a bomb exploding : he feels certain that the problem set forth by the author is solvable and tells anyone who will listen that he will succeed in producing aluminum by electrical means at a reasonable price. 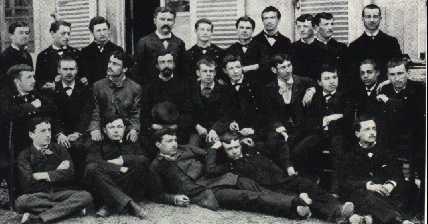 He now applies himself to studies with total dedication. Aluminum becomes more than a hobby, a passion, an obsession. He enters the prestigious Ecole des Mines after a brillant entrance examination in 1882, at the age of 19. A friendship develops between him and his chemistry professor, who is also fascinated by aluminum.


Héroult does sketch after sketch, tries one assumption after another, at the expense of the other subjects he should have been studying. As a result, he fails his first year and is dismissed. Later he tells the story that his rejection was actually the result of a practical joke making him both the instigator and the victim; a sodden sponge thrown at a classmate hit the dean instead... True or not, it is not lacking of humor.